“A'Court slides into his role as smooth soul man with ease…Singing high and mighty, rising into falsetto, getting into the groove, or slaying us with tenderness, he's a singing tour-de-force.”  Bob Mersereau, CBC

Planted at the crossroads of roots and soul, Charlie A’Court possesses a mighty voice, fierce guitar work and contemporary songwriting that is felt by fans across Canada and beyond.  His latest album, When Country Gets The Blues, was nominated for Country Recording of The Year at the 2022 East Coast Music Awards.

Often stylistically compared to mentors like Eric Clapton and Otis Redding, Charlie has always been recognized for exploring his musical horizons. As a five-time ECMA winner and eight-time Nova Scotia Music Award winner Charlie has earned awards for Blues, Pop, and R&B/Soul Recordings of the Year, and on multiple occasions been recognized as Entertainer of the Year. A’Court has also  received multiple Maple Blues Award nominations including Male Vocalist and Songwriter of the Year.

On Charlie’s latest album, he partners up with country group, Witchitaw, and releases a live album experience that blurs the lines between blues and country music. “When Country Gets The Blues” was recorded at the 2019 Cavendish Beach Music Festival and released in the fall of 2021 supported by a theatre tour of the Maritimes. When few acts could perform due to compounding restrictions for live music throughout the pandemic, Charlie A’Court and Witchitaw, with the help of presenters, successfully delivered a full stage production to fans, reminding audiences of the thrill of attending live concerts.

In 2019, Charlie developed and launched a streaming channel called “CharliePlaysGuitars” on Twitch.tv as a way to connect with fans internationally. The platform allows Charlie to chat directly with new and existing fans in an in-formal and natural setting while delivering his his professional caliber of sound. When the pandemic struck in 2020, Charlie doubled down on his growing online base and continues to stream 2-4 times a week.

As a songwriter A’Court is sought after for his style of Canadian soul. Whether it’s a full-blown electric rocker on “Can’t Stop the Clock” for Christine Campbell and “Love & Insanity” for Mike Biggar, or acoustic grooves on tracks like “Standing On The Other Side”, “When The Lights Went Out” and “Through The Night” for folk-duo phenom Quote The Raven’s last two albums, Charlie is a stirring and poignant lyricist who just gets better with age.

Growing up on the east coast in rural Nova Scotia, Canada, Charlie spent his youth learning to play guitar while immersed in his father’s vinyl record collection – discovering singers like Otis Redding and Sam Cooke. “I remember being so profoundly moved and almost not old enough to know why” says A’Court. "There was something honest about the way they sang. They would sing with such conviction that simply commanded attention.”

It wasn’t long before he discovered albums featuring blistering blues guitar. B.B. King, Buddy Guy, Eric Clapton made their way to the top of the pile and to the ears of a young, imaginative A’Court. “These guys would wail in a way where every note mattered. They sang without apology and played guitar like it was their last day” recalls A’Court, “and then there was Eric Clapton. He really opened my mind as a musician. Clapton’s music showed me that my music could balance between blues and adult contemporary songwriting.”

Off stage, A’Court makes giving back to his community a priority. In 2017, A’Court launched the Charlie A’Court Scholarship for Excellence in Music, a $500 bursary awarded to a Nova Scotia high school graduate who is continuing his/her music education in university or college. CASEM is also the presenting sponsor for the Portia White Youth Award at the African Nova Scotia Music Awards. 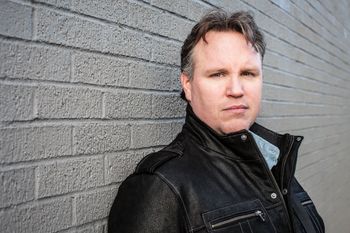 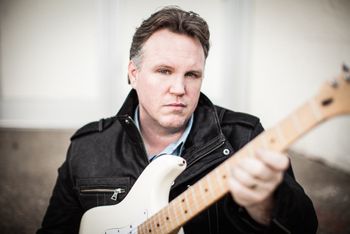 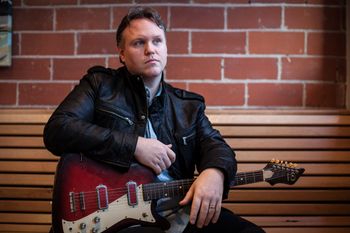